Two provocative shows on opening night of IndyFringe might not be seen by the people who really need to see them. Potential school shooters probably don't spend their spare time at live theater,  and neither do "cool" kids in high school who tease their fat friends. However, perhaps some of those former "cool" high school kids are grown up now and the "Fat Kid Chronicles" will give them some insight into a body condition that has become more common among today's youth: obesity.

On the scale of society's most serious problems, school shootings trump obesity, but both problems deserve thoughtful treatment, and IndyFringe provided that in these excellent productions. 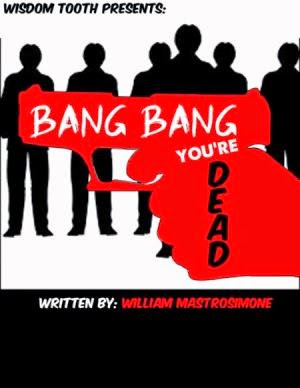 "Bang, Bang. You're Dead." on the Phoenix Main Stage, is not a composite of school shootings, nor is it a representation of an actually horrific incident. Instead, it tries to get inside the head of the shooter, which is not an easy task. Written by William Mastrosimone and directed by Callie Burk, a professor at IUPUI, the cast consisted of mostly high school students from Carmel, Noblesville, and Danville.

Does teasing turn a shy student into a shooter? Does hunting and working with guns? Does bullying? Does a lack of friends? Does hurtful teasing? Does a strained home life? Does the shooter simply want to feel like a big shot, and become a legend? Does the shooter even think through his actions and the consequences? If the right person reached out to the shooter with kindness and understanding, could some of these shootings be prevented? Could a therapist help? Would the student even be willing to see the therapist?  Are these shooters capable of real friendships?

Does anyone really know the answers?

The most affecting scene reminded me of an Ann Landers column from long ago that is still reprinted occasionally: a first-person plea by a student killed in an automobile accident who is attending his own funeral. He sees the other students crying for him, and notices the heartbreak of his family. Then he begins to mourn the loss of his own future: he won't go to Prom, he won't graduate, he won't start college. And he realizes that he is not ready to die.

And the families who are left behind will have a hole in their hearts for the rest of their lives.

All this is explored, and a mock trial enacted for the shooter, who also discovered the loneliness of being in a coffin.

As if the drama of such events didn't project the message, the cast then intones the facts about many school shootings: location, year, number killed and wounded and the age of the shooter, which is often pitifully young.

This mostly youthful cast understood and projected this serious topic with an uncanny insight. The shooter in the cast traveled through a range of emotions, but seemed often troubled. Shooting is never the answer, and this production shows why. 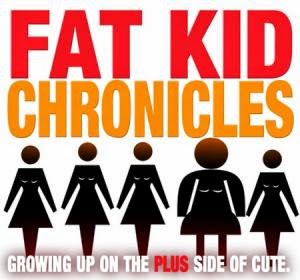 "Fat Kid Chronicles, Growing Up on the Plus Side of Cute" at Comedy Sportz  does not pretend to solve the obesity problem, but rather through a first-person narrative brings us inside the head of a fat girl. Written and performed by Eryn Bowser,  this show is also poignant, but in a much more personal way. We find out exactly what bothers Bowser about her body and why. "I hate my calves. I can't get boots to fit. I hate my thighs. They rub together when I walk." However, she loves her nose, her thin cheekbones, her hair, skin tone, and collar bone.

In addition to her own negative body image, Bowser discusses the many indignities that fat children endure, including poor athletic ability and the clothing struggle. While Bowser's personalized description of these issues always includes laugh lines, and the audience did laugh, some more raucously than seemed appropriate, the humor in the situations she describes will strike a poignant note for those who have "been there."

No, she can't wear the same clothes that her teeny-weeny friends wear. They never look right, and her mother knows that. And when she outgrows junior sizes, the clothes she finds are mostly ugly. Bowser obviously knows her topic and showed examples of the clothes that no fat girl wants to wear. The funniest was a top utilizing the pattern of Picasso's "Guernica." As Bowser said, "This top shows that I may be fat but I'm cultured." The stores don't help with body image, and even the fabrics are wrong.

One solution she offered: wear a dark cardigan over every outfit.

Bowser has confronted all these problems and dealt with them, and admits that rather than shop for clothes, she prefers a trip to McDonalds, and she demonstrates exactly why.

Directed by Alicia Bush, who is a producer for the TV show "Judge Judy" and went to school with Bowser in the Anderson University theater department, this very personal study of the woes of being fat never mentions diets. Nor does she deny the difficulties that fat causes. Instead, she urges "a celebration of what makes you 'you.'"  She has come to terms with who she is.

This is a no-holds-barred performance, and Bowser lets it all hang out, so to speak. But in the process she wins our sympathy and affection, and ruefully reminds us that when you are fat, you try to make people laugh so they laugh with you and not at you.

Bowser, 29, performs at Comedy Sportz and works in the IRT Box Office. This stunning debut is her first solo IndyFringe show.