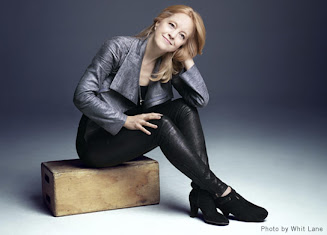 The choice of the first modifier in each phrase is significant: The natural world is "ours" because of our overdetermined inheritance of its forces, fates, and pleasures; but if we look at what we've created artificially in the late 20th and early 21st centuries, technology's threat of separation from us is signaled by that "the."
The music on the two discs is self-justifying but unfailingly programmatic as well. "A World Lost" opens the first "Data Lords" CD; Ben Monder's floating, lyrical guitar line, at first accompanied just by piano and percussion, dominates. After the band joins in, Rich Perry's tenor sax solo etches a lament on top of the ensemble, which takes on fleeting dissonance and a telling anxiety.
Subsequently, two pieces that bulk large in "The Digital World" — "Don't Be Evil" and "Data Lords" (the title piece) — seem too long. All sorts of menace occur to Schneider to evoke in the former work, from quavery muted brass through splashes of piano chords and arpeggios against the ensemble to the quote of the funereal "Taps" at the very end. (The title kept me thinking of Thad Jones' "Don't Git Sassy," but that association may be accidental, given the Google motto she explicitly evokes.)
The occasion via commission for those two pieces suggests that something quite substantial was required of Schneider. What she came up with  nearly overwhelms "The Digital World" as a suite.
"Our Natural World" (in and out of the quote marks) is where Schneider's deepest and most genuine sympathies lie. You must still deal with a Schneider tendency to maximize her virtuosity as an arranger, to avoid saying too little with her expert forces. The gracefulness with which the carefully selected solo showcases are filled — particularly by Steve Wilson, alto saxophone; Gary Versace, accordion, and Marshall Gilkes, trombone — puts across the real-world human connectivity she claims for her music. And some who admire her extension of big-band tone painting for which Gil Evans is the archetype will have no problem with what I sometimes hear to be rhetorical overkill across Schneider's elaborate canvases.
"Data Lords" will join a discography that speaks well for the expressive amplitude of large-ensemble jazz.
Posted by James Harvey at 12:17 PM