After a quarter-century leading Indianapolis' other professional orchestra, Kirk Trevor will step down as music director and principal conductor of the Indianapolis Chamber Orchestra at the end of the 2014-15 season. 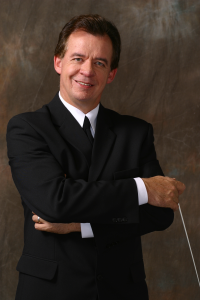 Executive director Elaine Eckhart made the announcement Wednesday afternoon, adding that Trevor will take the title of conductor emeritus after the next two seasons are completed. Among his accomplishments in the time remaining will be to conduct the premiere of a new piece to be commissioned within the next year "to reflect on the ICO's growth as an ensemble and to celebrate the artistic future of the ICO as it begins a season in the new Schrott Center for the Arts" at Butler University.

The announcement launches the search for Trevor's successor, beginning in July.  Up to two years to find a new music director will be needed; the process  will include final candidates conducting concerts during the 2014-15 season. Only three seasons in the orchestra's history have taken place without Trevor at the helm.


A native of the United Kingdom, Trevor was trained as a cellist, winning honors at the Guildhall School of  Music in London. In the U.S., he also served as music director of the Knoxville (Tenn.) Symphony Orchestra from 1985 to 2003, and since 2000, has held a similar position with the Missouri Symphony. He is extensively represented as a conductor on disc and has long been involved in the training of conductors.
Posted by James Harvey at 4:47 PM