IRT says 'Hey, look us over' to the public

Curtain up! Light the lights!

It was fun participating Thursday night in the open house that Indiana Repertory Theatre staged to cast a wide net for patronage as it gets set to launch its 2013-14 season next week. 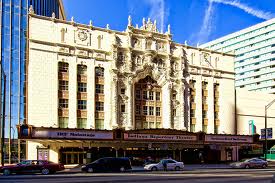 The centerpiece of the event was the opportunity to tour backstage. Little did my wife and I suspect that this insider's view would be so extensive and so enthusiastically shared by IRT staff: At nearly every stop along the way, someone instrumental in making productions happen was on hand to talk about such components as lights, costumes, sound, props and painting. The theatrical art rests on a bewildering variety of highly evolved technical skills; the illusion that envelops you during a performance works both from the actors out and from the total environment in.

Our affable, well-informed guide, Eric Olson, handles individual gifts to the IRT, and I would not be surprised if business is booming for him in this difficult assignment. He was a superb salesman for IRT without beating the drums for tangible support. In certain contexts, that's probably what works best for arts organizations: Model the excitement you feel being part of a quality organization and let your guests take away plenty of good will and a burgeoning interest in becoming involved, even if that means just filling a seat from time to time.

The strikingly adorned exterior of the 1927 movie house that IRT adapted and moved into three decades ago is echoed in the interior, particularly the lobby. Its "faux-Spanish Baroque" ceiling is original, with repainting having been carried out by the son of the man responsible for it in the old nickel-movie days. I think it would win any vote on "Indy's best lobby" hands down.

We saw rooms that I was slightly familiar with from many years of covering theater for The Indianapolis Star, but there were novelties galore for me and information outside my ken. The precision and scrupulous organization of costuming alone — each production entailing a month of work — were astonishing to learn about.

Throughout the season, patrons informed by this extensive behind-the-scenes look will marvel at how the huge variety of demands from production to production are being met.

The opportunity first presents itself starting next Tuesday with previews  of "The Crucible" by Arthur Miller, with a cast of 20 (larger than usual for IRT). The show runs through Oct. 13.

To repurpose one of the chilling lines from Miller's drama about the Salem witch trials, Judge Danforth warns the hero, John Proctor: "We burn a hot fire here; it melts down all concealment."

The IRT's fire is a benign one — the fire of artistic excellence — and kudos to the organization for melting down all concealment (well, most of it, probably) by explaining via this hospitable open house what goes on out of public view to make its expertly finished shows succeed.