The moon has long been associated with romantic waxings and wanings. In "The World on the Moon," the allure of Earth's satellite takes advantage of naive, pseudo-scientific curiosity to overcome obstacles to young love.

Joseph Haydn's 1777 comic opera is an ornament of the current Artsfest at Butler University. In Tuesday's 11 p.m. performance, what is normally bedtime for people my age became a surprisingly welcome wake-up call to delight. The singing was largely first-rate, the characters enthusiastically embodied and the comic energy and sense of style unrelenting.

Holcomb Observatory's planetarium room is the cozy setting for this production, which has two more performances today (6 and 8:30 p.m.). Among the wonders of the show is the fluidity and eloquence of William Fisher's direction of the cast — with space at a perilous premium, given the dominating central position of the planetarium. From the harpsichord, John Glennon conducts an adroit band (violin, oboe and cello) in accompaniments from the stage's far side. Kudos to musical director Thomas Studebaker for preparation of the singers — focused, expressive, and vocally nimble.

"The World on the Moon" is among the operas on diverse subjects the Austrian composer wrote for his patron at a Hungarian estate of Esterhaza. Among the spurs to Haydn's creativity during his long service to Prince Nikolaus was the requirement to supply the opera season with new works.

In this production, "Il mondo della luna" is sung in vigorously rhymed English, with spoken dialogue between the numbers instead of the normal recitatives. Carlo Goldoni's original libretto — from the hand of the creator of opera buffa — retains its verve and mockery in translation and across the centuries. Haydn chose it to inaugurate the regular opera schedule at Esterhaza, and it holds up well, despite its dependence on the well-worn convention of besting an overprotective old man standing in the way of determined youthful lovers.

The twist here is that an elaborate deception, devised by the amateur astronomer Ecclitico, takes advantage of Buonafede's ignorant fascination with star-gazing. He drinks an elixir that helps the schemer convince him he has visited the moon, where the romantic alliances he has opposed on Earth are commanded by the lunar emperor (his servant Cecco in fanciful disguise). 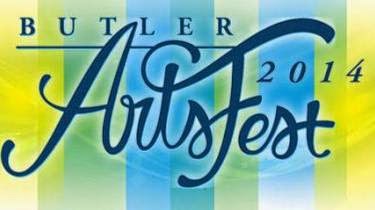 The adept manipulation of the gullible Buonafede was in Myles Pinder's capable control from the start. However ridiculous the set-up, his characterization and that of Patrick Lord-Remmert as the soon-to-be-outdone Buonafede was fully believable. Visions of moon life are mimed and presented to Buonafede through Ecclitio's telescope — and the bird has been limed indeed. The inevitability of Buonafede's deception and capitulation is amusingly settled, and the audience needs only to go along for the ride.

Ecclitico's fellow wooers — Ernesto and his servant Cecco — were brilliantly portrayed by Amanda Fehr  and Nicholas Roman. Ernesto was the last castrato role written by Haydn, and Fehr's sturdy timbre made her quite stunning as a gentleman suitor. Nicholas Roman displayed an attractive understanding of the wily, intuitive servant stereotype as Cecco, who rises with pomp and splendor to  a tables-turned stint as the moon's emperor.

The female side of all the romantic plotting was just as capable.  Andi Tulipana as Flaminia proved up to the coloratura demands of her glorious first-act aria, and, in a showcase aria moments later, was matched in ringing determination by Julie O'Mara as Clarice. Nicole Vasconi's coquettish pertness was just the thing for Lisetta, who delights in spurning her master's interest in her on the way toward her preferred alliance with Cecco.

Wendy Meaden's costumes are witty and fully inspired by the reigning nonsense. Other design elements (the creations of Cathy Sipe and Chet Miller) contribute decisively to the risible parade of lunar illusions. On Tuesday night, a strong ensemble finale (supplemented by several singers playing "scholars and noblemen") put a splendid seal upon the daft scenario and Haydn's clever music.

"The World on the Moon" is just the kind of unanticipated triumph in an unusual setting that will have tongues wagging about Butler Artsfest and help ensure a long life for it.