Since 1994, Jaime Laredo, who as a teenager studied with Josef Gingold at Indiana University, has presided over the jury of the International Violin Competition of Indianapolis, which Gingold founded. 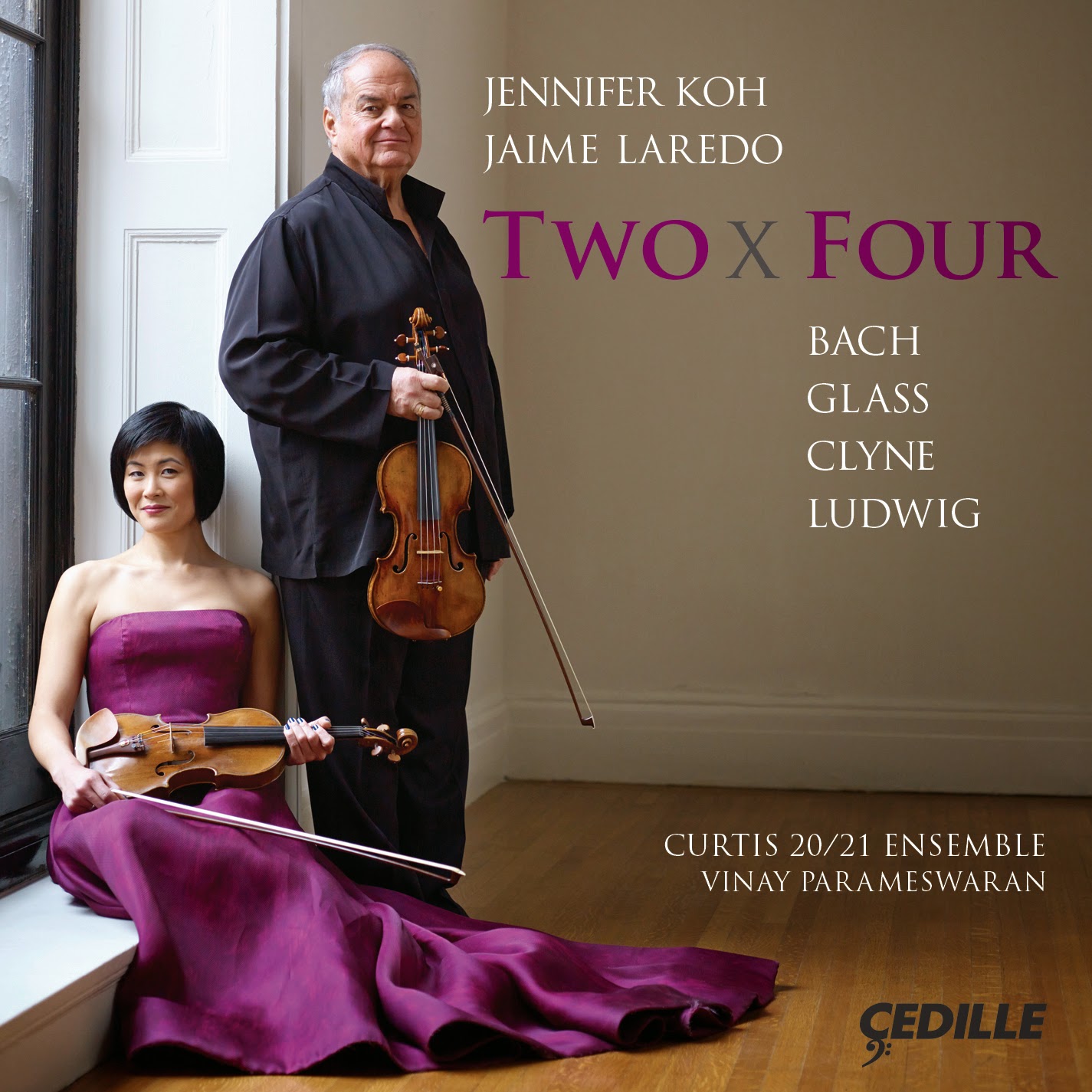 Laredo also has had a firm connection with the Curtis Institute in Philadelphia, where he studied with Ivan Galamian and later served on the faculty. In that capacity, one of his students was Jennifer Koh, now well-launched upon a splendid career that embraces advocacy of new music.

Together, on a new Cedille Records release titled "Two x Four," the violinists offer an attractive program of music for strings that highlight two violin soloists.

The disc opens with a fleet, engaging account of "the Bach Double," as J.S. Bach's Concerto for Two Violins in D minor is familiarly known. Coordination with the accompanying orchestra — the Curtis 20/21 Ensemble, conducted by Vinay Parameswaran,  is tidy and animated.

I'm impressed with the unity of expression and phrasing so essential in blending the parallel solo voices in tight partnership. The tone is vibrato-heavy but still idiomatic to modern-instrument interpretation of this masterpiece. The orchestra practically amounts to a third solo voice — so unified is it under Parameswaran's direction.

Three works by contemporary composers fill out the disc admirably. Two of the pieces were written in 2012 at Koh's instigation. In Anna Clyne's "Prince of Clouds," there's immense variety of depth and color, with the solo violins occupying space at various removes from the orchestra. The composition is both dreamy and intense, characterized by slashing chords and pauses at several points. Gigue-like dance rhythms stand out well into  the 13-and-a-half-minute work, but the piece generally follows its own laws of motion, fascinating from first to last.

David Ludwig's "Seasons Lost" (the other 2-year-old work) has a political-environmental point to make in evoking the traditional distinctness of each season in the northern temperate climate — before climate change knocked such characteristics askew.

He's assigned a number to each season, reflecting the governing texture of each movement  — from the severity of Winter's unisons through a bluster of quartet writing in the finale, Fall. The coming bleakness is suggested there, providing a cyclical sense of closure with an abrupt but consonant ending. Earlier, the way the music breaks out in a kind of climatic violence seems earned and unforced. The two middle movements — Spring, whose intertwining duo evokes the Bach Double; and Summer, with its trios rising and falling past each other against a lush, heavy ensemble center — are likewise well-crafted and freshly pictorial.

Philip Glass' 1995 "Echorus" is a steady, meditative piece that seems to come from the spiritual side of this prolific composer, exploring some of the atmosphere breathed in with devotion by Arvo Part. Its reserved demeanor is well-placed between the two ambitious pieces by the young composers.

The sound is sensuous, clear, and attractively textured throughout, without glare or excessive resonance.