Precise, bountiful strings are just the thing for in between the semifinal and final rounds of the International Violin Competition of Indianapolis

With the dust settling from the initial whirlwind of the Ninth Quadrennial International Violin Competition of Indianapolis, Tuesday's concert at Butler University's Schrott Center offered more than a few lung-filling breaths of fresh air. 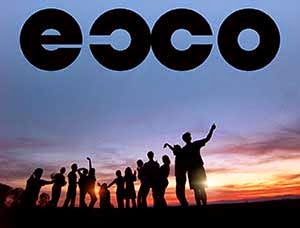 A showcase concert by the East Coast Chamber Orchestra, making its Indianapolis debut, whetted the appetite for hearing it in accompaniment duties during two evenings of Mozart concertos, starting tonight at the University of Indianapolis.

On Tuesday, the 16-piece conductorless ensemble offered two works on its own: Grieg's Holberg Suite and Tchaikovsky's Serenade for Strings. Both are among the great 19th-century works for string orchestra, and the way they were played in this concert seemed entirely fresh and remarkably detailed.

The vigor and unity of ECCO in the Praeludium gave a foretaste of the precision evident under particularly demanding circumstances in the concluding Rigaudon. With its episodic nature comprising abrupt contrasts of tempo and articulation, the finale also must seem to be tossed off in order to make its folk-dance character sound authentic. All the requirements were met in this  exhilarating performance.

There was beautiful dialogue between upper and lower strings in the Gavotte, and heart-rending lyricism from the cellos in the Sarabande. The good fortune of Butler University in having a new acoustical paragon on campus was demonstrated time and time again here and throughout the concert.

The four-movement Tchaikovsky piece not only puts forward a host of fine melodies, but in a performance as fine-tuned as this one reveals the Russian composer's contrapuntal gifts as well. The ensemble's dynamic control gave extra life to the first movement, and in the third-movement "Elegie," the little one-note tags at phrase ends were delicately placed, leading to anticipation of a poised transition to the finale, which takes off on a pulse-pounding Russian theme.  That expectation was, of course, gloriously fulfilled.

Astor Piazzolla's "Four Seasons of Buenos Aires,"  the concert's centerpiece, brought to center stage the 2010 IVCI gold medalist, Clara-Jumi Kang.  The guest soloist projected unstintingly the seductive charms and aggressive declamation of Piazzolla's tango-rich style, which in this work folds in reminders of the original Vivaldi concertos that inspired the Argentine composer.

Kang's convincing characterization was fully supported by the orchestra, which contributed vivid shrieks and scratches as well as incisive rhythms and winsome tunes across the four movements. Only the most comfortable rapport among musicians could result in a reading of this difficult work as cohesive and flamboyant as this one.

ECCO presents itself in different configurations to reflect the excellence of its members, many of whom are conspicuous in other musical contexts. The best-known ECCOista hereabouts is probably Nicolas Kendall, who's enjoying more attention than ever as one-third of the popular string trio Time for Three.