Fonseca Theatre Company: 'Hooded' shows so much of what's hidden from Americans

Is it a violation of the conventional prohibition against spoilers in a play review if the revealed scene is the first one?

I'm choosing to think the ban doesn't apply in the case of  "Hooded, or Being Black for Dummies," which has one more weekend to run in a Fonseca Theatre Company production at Indy Convergence.

So I'm dismissing spoiler etiquette here. The scene is too wonderful a way of placing the play's contradictions about race in capsule form. It's when Warren Jackson as an officious police officer strides onstage to order the audience to turn cellphones back on, put the ringers at their loudest, and feel free to text or take calls during the show. There's also some strong advice to laugh only when a certain ceiling light comes on in the course of the performance. Immediately, a projection on the room's east wall gives the audience opposite instructions.

This white liberal complied with the initial order, then dutifully saw that he'd been played and followed the projected demands instead. Score one for Tearrance Arvelle Chisholm's caustic two-act comedy when it comes to plopping theatergoers into their discomfort zone. That's territory that the production's audiences (four performances remain) have to get used to — and it's not likely to be the same zone for blacks and whites.

To begin with, two young African-Americans get into mild trouble in separate incidents, and share a cell as the play begins: Tru had been loitering, but carries the burden of being pegged as a ghetto thug; the squeaky-clean Marquis has trespassed on a lark at a cemetery with two white friends, fellow private- (or maybe charter-) school classmates who eluded capture. The irony of the young men's different degrees of victimhood under the heavy hand of racism immediately springs into action. It will dominate everything that happens.

Light-skinned Marquis is the adopted son of upper-middle-class white parents; Tru comes from a single-mom household in a dicey inner-city neighborhood. Thrown together accidentally, they end up as schoolmates, but Marquis' most crucial education is extracurricular, as Tru works through both the spoken and the written word to bring him around to embracing his essential blackness.

Though he thinks he fits in at Achievement Prep, wearing the uniform and glossing over how much he's different from his fellow students, Marquis gradually learns, under the persistent nagging of Tru, the persistence of the color line. The most harrowing scene has Tru trying to force Marquis to call him "nigga," which comes out of the reluctant student's mouth "nigger," resulting in a spelling and pronunciation lesson that speaks volumes about the difference between an identifier of brotherhood and the unspeakable white insult we have learned to paper over as "the n-word." 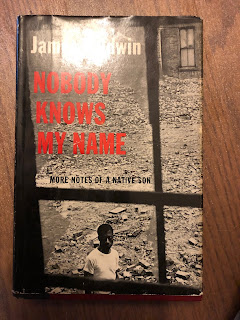 James Baldwin once summed up America as "a society much given to smashing taboos without thereby managing to be liberated from them," which might well serve as a proof text for "Hooded," almost as much as the handwritten notebook Tru thrusts upon Marquis titled "Being Black for Dummies," after the mass-produced advice-book series. A set of taboos in one culture may be a survival guide in another. Familiarity with them turns out to sustain little hope of liberation, however.

When "Being Black for Dummies" falls into a white boy's hands, things can only go wrong, leading to a denouement in which Marquis' fate is strapped onto him like a straitjacket. Though it's frequently funny, "Hooded" demonstrates that there's no avoiding the serious back story behind Marquis' playful pose earlier of "Trayvoning," sprawled prostrate on the floor with a bottle of sweet tea and a bag of Skittles nearby.

Could the dream of a man with the Christian name of Martin be snuffed out by the murder of a boy surnamed Martin? "Nobody knows my name," runs the prophetic title of the volume of Baldwin essays (from which I've taken the above quote) that I bought as a naive teenager nearly 60 years ago. My high regard for the dust-jacket photo has been enhanced by the experience of "Hooded."