IRT's 'Diary of Anne Frank': The memorial voice from the annex still sounds its notes of resilience and hope

"The Diary of Anne Frank," besides being a monument to human resilience under monstrous threat, is in its very
title a tribute to the power of words. As full of life as the Amsterdam teenager evidently was before she and her family were rousted out of their hiding place for transportation to the death camps, it's what she left behind on paper that has hewn her path to immortality.

This is the miracle of the document that has given the world the most focused and celebrated account of the Holocaust. As  staged by the Indiana Repertory Theatre, the full humanity of a couple of Jewish families in hiding, joined by a dentist forced to separate from his Christian wife, continues to stand for whatever bulwarks can be erected against obliteration and oblivion.

Those bulwarks are not as strong as most people might like them to be, as the current resurgence of antisemitism makes clear. And what Anne Frank's diary has to say to the living may not be as important as the memorial value of her writing. Life against death is the enduring tension of "The Diary of Anne Frank," especially since the writer's ebullience and idealism are so well embodied in Miranda Troutt's performance, as seen Saturday evening.

The vitality poured into the main role and set against both the perseverance and despair of the hideaway's inhabitants prompts us to endorse everything about Anne Frank, whether it's the ache and confusion of puberty or the passion to learn and forge realizable dreams about an imagined future life. Janet Allen directs a production (co-produced with the Seattle Children's Theatre under the artistic direction of former IRT associate director Courtney Sale) that grapples with the range of stress and solidity of eight people's enforced isolation, protected by two sympathetic Dutch gentiles.

Up and across Bill Clarke's sturdy and subtly worn-looking set, the cast moves with a naturalness that mimics
ordinary household tasks even while it underlines the annex dwellers' tortured awareness of the shelter's fragility. German occupation of the Netherlands has forced Jews into situations like the Franks' and the Van Daans', though most lack any kind of safety as the Final Solution spreads and clamps down along with Nazi conquest. More than two years of confinement comes to a sudden, violent end; for once, with such a well-known story, there's no need to avoid spoilers.

Played with dogged steadiness, a portrait of hard-won self-control, Otto Frank (Ryan Artzberger) is left at the end to deliver the only survivor's account of what happened to the others shortly before the war's end. This speech is an elaborate mass obituary; the pages he finds scattered on the floor require no more spoken words as the lights come down.

I was reminded of the title character of "The Ghost Writer," Philip Roth's sensitive short novel in which Anne Frank emerges as a wraith-like eminence reflecting on her masterpiece with conviction, but also thinly veiled despair: "The improvement of the living was their business, not hers; they could improve themselves, if they should ever be so disposed, and if not, not. Her responsibility was to the dead, if to anyone — to her sister, to her mother, to all the slaughtered schoolchildren who had been her friends. There was her diary's purpose, there was her ordained mission: to restore in print their status as flesh and blood...for all the good that would do them."

The IRT show fulfills this tribute, though the company's purpose is at least in part to enlist the living in
rededication to empathy and idealism, to "never again" commitment. The way the stage version  — by Frances Goodrich and Albert Hackett (in an adaptation by Wendy Kesselman that honors the unexpurgated diary that Otto Frank was too squeamish about) — does this is to dramatize the characters' flaws as well as strengths. We feel both the devotion and the mutual irritation in the relationship of the Van Daans, who are given the right blend of pathos and irascibility by Constance Macy and Rob Johansen. In Benjamin N.M. Ludiker's performance, their son Peter nicely evolves from shyness and hostility to a hesitant romantic rapport with Anne.

The Frank family weaves several strands of counterpoint around the dominant melody of the precocious diarist. Hannah Ruwe is the bright older sister Margot, an unabrasive role model for Anne; Betsy Schwartz plays the doting mother, punctilious and partial to Margot, fighting to beat back her deepening pessimism. Michael Hosp projects a fretful air of displacement and gradual accommodation as the dentist Dussel.

The group's Dutch helpers, righteous friends and protectors who shoulder a different kind of risk in keeping the eight secluded Jews from official notice, convey trustworthiness and compassion in the performances of Sydney Andrews as the beloved Mies and Mark Goetzinger as the more anxious Mr. Kraler. 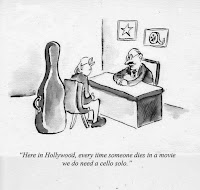 The show's visual and auditory impressions give precise reinforcement to the dire circumstances. The inhabitants listen to the radio for war news, poignantly celebrate Hanukkah with makeshift gifts, try to keep their hands off each other's throats in some cases and in others continue to learn and grow and cultivate outside interests even as they are being shut off from outside freedoms. Andrew Hopson's sound design, with recurring lamentations of solo cello, grimly yet amusingly evoked a cartoon I recently saved.  He also makes effective use from time to time of Arvo Pärt's meditative "Fratres."

The overall effect of the IRT's totally involving dramatic package is, as the pained words Roth puts in Anne's mouth remind us, less didactic than restorative.