What a jolt to encounter, given the firestorm out of the failure to bring charges against the police officers who killed Brionna Taylor, the dense assault of "Louisville" as the opening track on Michael Feinberg's "From Where We Came" (SteepleChase)! 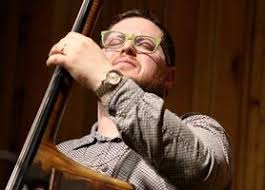 The deft arrangement for a five-piece band with two star saxophonists in the front line was written as a tribute to Muhammad Ali's hometown. The piece is especially notable for Dave Liebman's fiery soprano-sax solo and the way it subsides into the reflective clarity of Gary Versace's piano turn. It's inevitably a case of "sting like a bee" juxtaposed with "float like a butterfly."

It's just accidental that the piece and its performance here come off with the ferocity of America's unresolved racial issues. The more positive meaning of Feinberg's intention when he gathered his band for studio sessions in October 2019 is also unmistakable.

The leader kicks it off with a double-bass cadenza; when the theme is stated, it has the kind of roominess that mimics Ali's agility as a prizefighter. Other pieces bespeak the place-centered inspirations that generated them, but there's no tone painting beyond the abstract portraiture Feinberg has designed for each piece and its honoree.

"Pontiac," for example, which has Elvin Jones in mind because the drummer came from that Michigan city,  features lots of tenor sax from Noah Preminger. And Liebman gets another good showcase in a duo with drummer Ian Froman, alluding to the three-sax Elvin Jones band that Liebman once belonged to.

"Hamlet" refers not to Shakespeare's Danish prince but to the North Carolina town John Coltrane hailed from. A modal piece with the bass and saxes in unison, it recalls, with its slow blues feel, one aspect of the musical foundations that Coltrane made use of. The neighboring piece, "East St. Louis," pays tribute to Coltrane's boss in the 1950s, Miles Davis, and is even bluesier than 'Hamlet." It features another memorable solo from Liebman. There's an apt duo episode, this time between Preminger and Versace, with bass and drums then joining in behind the tenor's ongoing charge.

The disc ends with a tribute to Charles Mingus: "Nogales" refers to the Arizona town out of which  Mingus escaped, going first west, then east, to make his reputation.  For his fellow bassist-bandleader, Feinberg gets things started with a restless introduction. Before long, simultaneous, wailing solos from the saxophones help amplify the surging theme. The Jazz Workshop spirit remains alive.

Typical of the whole disc, Feinberg thus ends with an appropriate tribute, offering a personal slant to an honoree's idiom. Geography is destiny, perhaps, and oh, the places he's been!