Warning to IndyFringe fans: Study your program book carefully and thoroughly examine the times listed for each performance.

There I was on Sunday, waiting to enter the IndyFringe Basile Theatre and be charmed by the "Magic of Kayla Drescher." As if to get me even more "fired up," a street performer suddenly appeared on St. Clair Street and juggled with fire— three at once, behind his back, over his head, around and around in truly amazing maneuvers. Finally the theater opened and the crowd entered for the 3 PM show, and I was really ready for more magic.

However, I still saw some magic in the way Asaykwee honestly portrayed troubled veterans, and brought their  problems, separate from what they endured as veterans, to life. Asaykwee became each veteran in turn, each with a different story, and each requiring more compassion and kindness than veterans often encounter. 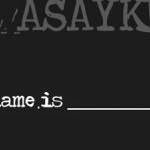 With the book and music by Asaykwee, this show as a benefit for the VA Medical Center Homeless Domiciluary Residential Rehabilitation Treatment Program, which helps veterans get back on their feet. He notes that 22 U.S. Veterans commit suicide a day. This should not happen.

Asaykwee wants us to see these veterans as more than veterans; they are people with lives outside of their military service, but their service often haunts them and prevents them from assuming a normal life as soon as they return home. They must deal with the same sort of difficulties that many people deal with: broken love affairs, death, drug addiction, dysfunctional families. But given their past, comfortable solutions are not easy to find, and help is just not always available.

Even the Declaration of Independence is ignored for veterans. Asaykwee quotes "We hold these truths to be self-evident, that all men are created equal" except that veterans don't always get the health care they need, or a place to sleep. When they come back from the war, they are expected to try harder. They have learned to follow orders in the military and stay strong and clean to ensure our freedom. But as one of Awaykwee's characters laments: "Honor is a shallow sentiment." Being presented with a flag on Veteran's Day doesn't make up for the lack of modern, top-quality health care and the time needed to adjust back into society.

The style is straightforward without unnecessary histrionics, with the emphasis on the trials that each veteran faces when he/she returns to society. Joining the military means seeing the atrocities of war. A few weeks in rehabilitation cannot erase all that has been seen and felt.  Coming home means facing problems that weren't solved before going to war, and are harder to deal with after enduring the trauma of war.

One of the veterans Asaykwee portrays is a lesbian, and her mother did not approve of this life style, and wanted to prevent her from seeing her sister Jessica, whom she loved despite her autism. She admitted that she joined the army to get away from all this.

Directed by Lauren Briggeman, the show is augmented by some stark music. Asaykwee wants us to see veterans as more than just drug addicts, or people holding a sign asking for help. Veterans are people. The show is not without humorous lines, but the total impression is that something is wrong in our country if veterans cannot get the help they need after they have done so much. Asaykwee's production is a well-crafted and compelling plea for help. I hope he is successful in alerting people to this stain on our system, which sends young people to war and does not care for them properly when they return.


A different kind of magic happens in "Different Trains Electric Counterpoint" at the Phoenix Main Stage: the magic of sudden attraction between a boy and girl entitled "I Saw The Girl of My Dreams On The Subway Tonight." Somehow this reminded me of Judy Garland's "The Trolley Song" from the 1944 film "Meet Me in St. Louis." The song describes an accidental meeting between a boy and girl, and as the lyrics exclaim: "I went to lose a jolly/Hour on the Trolley/ And lost my heart instead." 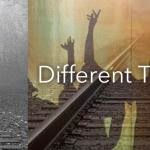 In this show, the boy initiates the meeting, sending a note via a balloon. The choreography by Tommy Lewey tells the story. The style captures the carefree excitement of young people in the throes of a new romance. Naturally everything can't go smoothly so the girl loses her phone at one point, which facilitates the communication with the boy. But the phone is found, eventually a wedding ensues, and a child is born.  The couple fight, the baby eventually graduates, but then the woman wants to move out, despite the man's urgent and desperate appeals.  For a time he flirts with other women, but nothing works. At last she returns, and they grow older and wiser together. The daughter has a baby, but then the cycle of life is sadly completed and the woman dies.

The man thinks through all that has happened in his life and relives the events of the relationship including the meeting on the train. All in all, an inviting story, with the choreography underlining the events and emotions quite vividly.

The second segment, "Different Trains," is more somber, with choreography by Melli Hoppe and  music by Steve Reich. His minimalist, repetitive style fits perfectly the repetitive rumble of the train, and this also underlines the tragic destiny that trains were a part of during the Holocaust: transporting people in cattle cars. Massive crowd scenes hint at the suffering. All this is shown on the screen, as the dancers enact small parts of the tragedy that hit the world when Hitler came to power. Hitler too is shown briefly on the screen to help set the context.

We don't like to think of trains as engines of death and suffering, but that is what they became during World War II. Meanwhile, the dancers pack their suitcases and partially undress, representing the loss of humanity forced upon so many people. We hear sirens and see swastikas. We sense the terror and struggles. At one point the dancers are walking silhouettes across the screen, representing the dehumanizing that took place.

Finally the war ends, the survivors reclaim their clothes, and the dancing is more angular with swooping and running movements, along with other joyful gestures.

They arrive in New York, are welcomed by the Statue of Liberty. and seem hopeful about their future.

A lot of emotion and events is condensed into this presentation, with the moving train as the link to the momentum of history. The images on the screen alone, however, would not have told the story as convincingly without the help of the five dancers. Dance can convey both emotion and plot activity, and without making anything too complicated, the movement enhanced the conception of this work. The dancers worked very well together and seemed firmly committed to this project.