One-person shows are popular at IndyFringe, probably because they are inexpensive, plus you don't have cast quarrels about interpretation. Vulnerability is a common theme, sometimes stated and sometimes unstated, but obvious.

Two one-person shows that I saw Monday night both dealt with vulnerability, and in the periphery, dancing.

"Exposure: Dancing with Vulnerability," at the Phoenix, written and presented by Diane Black, did not feature any startling revelations, and in fact Black admitted that she wondered why she wanted to do this, and her therapist wondered too. But after she signed up in February, she knew she would go through with it.

"The Actual Dance," at the 800 Bloc Theatre, written and performed by Samuel A. Simon, was all about the vulnerability a husband feels when his wife is diagnosed with breast cancer.

Black's simple soft-shoe dance opened her show, with her dressed in a somewhat skimpy black outfit, with a black slip worn for modesty purposes. Used as a metaphor for the main exposure of her show, the dance is really not central to her theme, except for its symbol of her vulnerability for the real exposure: her life's story. She has not had dance or voice lessons, and yet was willing to try both in front of an audience. She claimed to be a terrible joke teller, but told two short jokes, both based on puns. She read two original poems, without claiming them to be great literature.

The real exposure of her vulnerability, in her mind, was revealing more intimate facts of her life story, so for this section she donned a black negligee (or robe) over the somewhat skimpy black outfit and slip. However,  she revealed a few intimate details even before donning the black robe. (I would not announce my date of birth and weight to an audience of strangers!)

Black's delivery was pretty straightforward, with a clear voice not interrupted by tears or laughter. Despite the lack of startling or shocking life events, she managed to make her story seem worth telling, though I'll admit I was waiting for some scandalous revelation. Instead, we learned that she was born in an elevator, is number five of eight children, has a bachelor's degree and a law degree, and has kept journals since age 14—159 volumes in all. We heard about her infatuation with Elvis Costello (English singer-songwriter). She has twin sons, born eight weeks prematurely in 1984, and  is on her third marriage. She works as a public defender.

And so we learn more and more facts, but Black also reveals her vulnerability in that she has had some rough times, and is not always self-confident.

To me, the most interesting section was her description of the issue involved in being a public defender: do you sympathize or not? She tried cutting off her feelings towards her unfortunate clients and their families, but this did not work. When she cut off her feelings at work, then she ended up also cutting them off in other sections of her life, and this was not a satisfying way to live. So she started sympathizing with her clients and their unhappy families, and admitted she cries  in her office and has some sleepless nights. More vulnerability!

OK, now Black knows she can do this: reveal her life's story on stage to total strangers. (Although when I spoke to her afterwards, it turns out we have a mutual friend.) Her story does not have a rip-roaring fascination, and yet, perhaps through her honest delivery, she manages to make it appealing. 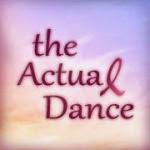 On the other hand, Simon's story in "The Actual Dance" had built-in drama, some realistic scares, and a high degree of human pathos. Again, the dance served as a metaphor, and came out of his imagination: a grand, well-lit ballroom, with musicians who assemble when it is time for the "last dance" on earth.  The song is recognized only by the dancers, and  friends  they have known are gathered in the ballroom. This vision haunts him periodically as he deals with his wife Susan's diagnosis of breast cancer, which eventually is described as "stage three." That is not good.

We learn how he met Susan, and how much she means to him. When this cancer trouble started after 33 years of marriage, he felt the universe shift and change. Somehow he sensed that a dire outcome was inevitable. He had seen the "life force exit" from his mother, and knew he would have to take Susan on that journey.

He credits her with more stoicism than he was capable of then, and yet he did find the strength to be supportive. His vigils at the hospital were wrenching. The roller coaster changing of the diagnosis was always traumatic--good news turns to bad news. He desperately wanted things to turn out differently.

For anyone (like myself) who has lost a close relative to breast cancer, this presentation opened old wounds. I know about lymph nodes, mastectomies, third stage cancer, and tamoxifen. Simon was not sparing in medical details. Such honesty also elicited empathy for Simon and his trials. He had never lived alone, and dreaded that. The ballroom image with the musicians kept returning. The song he and Susan considered "theirs" was "Unchained Melody" from the movie "Ghosts."

Finally Susan had 16 weeks of chemotherapy and six weeks of radiation. Like Black, Simon's delivery was straightforward, though with a melancholy tone. For breast cancer survivors and relatives of breast cancer victims, the searing effect of this accumulation of depressing details induced wet eyes.

We prepared mentally for the tragic ending to his tale. All of a sudden he announced: "Susan is alive and well and she'll be here for our 48th anniversary."

Talk about a surprise ending! This was joyful news, but a long time coming as the suspense built up in his doleful tale. More power to them. Not all cancer tales end up with such a happy ending, but even so, Simon's story will resonate with many people. 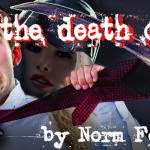 In between these two serious shows, I saw "The Death of Me" by Canadian playwright Norm Foster at Theatre on the Square Stage Two. With a simple, workable set, this 40-minute play delivers one laugh line after another by characters who are not really stereotypes, but exaggerated almost to the point of caricature. John Adderly, the dead man, is really too good, and shocks even the sardonic but witty Angel of Death.

Few dead people (at least to my knowledge) are given a second chance on earth outside of plays and movies, but John talks the Angel of Death into giving him a 12-hour reprieve, as long has he finds the girl who dumped him at the altar four years ago and tells her off.

John finds Cassie, the ex-fiancee, and she is not exactly warm and fuzzy. But who would be, working in a license renewal office with an incompetent staff and too many clients to serve? Cassie did not survive law school more than a month.

John also finds the doctor who pronounced him in good health two months before he died alone in his apartment of an aneurysm. Lacking a loving bedside manner, the doctor's favorite advice to patients is "Sick, schmick, get outta here."

With these characters, every situation highlights one improbable event after another but taken together, the playwright weaves a story line with rollicking humor made to seem realistic despite its obvious unreality.

When you find that a play is over too soon and you were wishing for more, you can only admire the playwright and tell your friends: "You have to see the Norm Foster play." I wish I could credit the actors, but printed programs are not always a part of Fringe. Go and reward them with your hearty applause!