IndyFringe combats weekday doldrums right out of the gate: the Monday night report

"All that matters is what you hold on to when you walk away," Jeremy Schaefer sums up at the end of "Not a Destination," his show at the Phoenix's Basile Theatre. 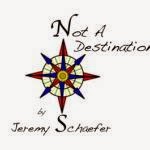 A good motto for smoothing over the effects of life's changes and disruptions, but I've always found that one of the benefits of good art is the powerful impact you feel in its presence. If you hold on only to a vague memory of its effect on you, that's enough. What matters most is that you felt something when you were experiencing the art. An amplified "now" is the real payoff, and it's immediate. I'm getting a lot of that at the 2014 IndyFringe Festival.

Schaefer's show is a well-written series of autobiographical episodes. His motto is, of course, a tight fit for each of us as we live our lives. Each of his episodes focuses on a personal journey taken as a young adult. All are grounded in memories of his solitary playtime, with its imaginary world, at his childhood family home. At the end of the show, the effect of his birth family's leaving that home is explored.

The title "Not a Destination" suggests that every stop is temporary along the way to somewhere else. There is intensity and sadness to spare in Schaefer's presentation, but also a detailed appetite for adventure. The overall effect is of a comedy, but without any straining after gag lines. Schaefer goes to Amsterdam and accidentally gets high, to Ecuador and learns about himself through volunteer tourism, to Peru and becomes ill while climbing toward Macchu Picchu, and to his ancestral hometown of Watertown, N.Y. He never abandons his inner Peter Pan, perhaps, but he realizes "I've outgrown my Neverland." His account of that process is rewarding to observe.

Terry Clark's journey back in time takes him out of himself entirely in "The Legend of Buffalo Bill" at the 800 Block Theatre.  Fully outfitted to look the part, Clark inhabits the frontier scout and adventurer of the Plains who parlayed his experience into a popular Wild West show here and abroad. Set in 1907 after a successful European tour, this intimate show has us listening to the boastful raconteur telling about his past and the colorful characters he knew. 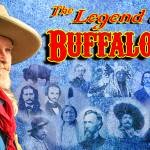 To support the monologue, Clark sets up a series of photos on a tripod and occasionally goes to an upright piano to accompany himself in old songs, from "The Star-Spangled Banner" (not yet the national anthem) to Stephen Foster's facetious "If You've Only Got a Moustache." If you have a taste for old-school Americana, "The Legend of Buffalo Bill" is a must-see.

Clark portrays a larger-than-life personality convincingly in both song and story. A recurring motif is Cody's sales pitch for his autobiography — an effective reminder that the Wild West icon understood the American need to sell yourself. The tender plant of fame requires constant watering in order to thrive. With this show, Clark effectively brings his hero's marketing zest into the 21st century.

"The Secret Circus" opened Monday night to the anxiety of sound-system troubles at the Cook Theatre. Brent and Maya McCoy play a couple of appealing nerds with extraordinary acrobatic and juggling skills. They showed  resilience in dealing with the absence of a soundtrack, though it probably marred the illusion they were working on with the opening spy-caper spoof.

When they shed some of their laugh-provoking nerdiness and strip down to their "action suits," the fun really takes off. There is extensive audience participation (meaning that a couple of volunteers are extensively used, so your chances of being selected are slight). There is juggling with knives and Indian clubs. The latter trick climaxes with seven clubs flung and caught between the two of them. There are many sources of astonishment in this show, and the comical quips and sight gags keep coming along the way.

A fully functioning sound system from the start should make this show even more delightful if you attend one of the three remaining performances. A few suggestive remarks aside, "The Secret Circus" is family-friendly; the warning "ages 12 and up" may be well-advised, but I can't imagine any younger kids will be corrupted by this high-energy entertainment.